What Is Home Field Advantage?

Home field advantage is an expression that you must have heard before if you’re a fan of any team sports. If not, here is a short introduction.

If a game is being played on the Anfield Road, the vast majority of the attendees will support Liverpool. Most of the time, the supporters create a positive atmosphere for the home team, therefore negative for the visitors. The crowd can also have an impact on the referee. As they are supporting the home team, every decision against the home side will generate negative reactions. By doing so, the supporters put additional pressure to the referee. Some referees are better, some others are worse in handling this, but usually the less experienced ones are more impacted. In this environment, referees are more like to give a penalty for the home team or commit mistakes that help the hosts.

The home team knows their own stadium, as they play there 50% of their games in a season. Every pitch has different dimensions, some are shorter, some others are wider. In some cases, especially in Nordic countries, a few teams are playing on artificial grass. In this environment the ball will behave somewhat different, therefore the away team needs to adjust to it.

This is also a very clear factor. While the away team is travelling, the home team can rest at home. Also, the away side needs to sleep in hotels, while most of the times the hosts can sleep at their own home.

This is mostly related to weather. In some countries, or in a certain part of a country the weather can be significantly different. While the home team already get used to it, the away side might struggle. In certain cases, it’s not or not just the weather. Some teams are playing in extremely high altitudes, which can put the away team’s stamina at test. In Europe, you shouldn’t worry about this, but in some South American countries, this is definitely something to consider. Fun fact: Estadio Hernando Siles Stadium sits at an altitude of 3637 metres (11932 ft) in La Paz. The highest stadium is in Peru, it’s called Estadio Daniel Alcides Carrión, and sits at an altitude of 4380 metres (13937 ft).

Home Field Advantage After The Lockdown

Although many leagues have been re-started since the lockdown, there is a huge change in football: there are no supporters, so the biggest HFA factor has gone. By knowing this, we should assume that teams have a smaller advantage. Logical, no?

It is. And to be fair, the pundits are talking a lot about this, highlighting not only the missing supporters but their impact on referees too. From the top football countries, Germany was the first who re-started its leagues. They’ve already played 4 rounds in Bundesliga 1 & 2, so we decided to take a look at the results and analyze the post-COVID-19 home-field advantage.

In this analysis, we will compare the home-draw-away outcomes before and after the break. Not only that, but we also take a look at what was the market expecting in terms of H/D/A results, and compare it with the actual scores. In order to check this, we will use Pinnacle’s closing lines – which is the most accurate forecast for a football match. Last, but not least we’ll take a look at the number of goals too!

There were 224 games played in the Bundesliga before the break. In 43 % the home side kept the three points at home, 22% of the games finished with a draw and 35% of the time the away side won. Prior to the break, the average Bundesliga match produced 3.25 goals.

To be fair, this is not the best way to check HFA, as it could happen that most of the time the away team was favored. It’s unlikely but could happen. We have used Pinnacle’s closing odds to determine how many home wins, draws, and away wins has the market expected.

As you can see, the home teams should have won around 15 times, we should have seen around 8 draws and 12 away wins. We decided to round the numbers down, as we should calculate with a thin margin too (for exact figures, check the table below).

All in all, we have seen a lot fewer home wins than expected (by almost 50%), while there were almost 40% more away wins and also 18% more draws. This is a huge difference, but we must highlight here that we are analyzing a fairly low, 36 games sample size. Could we find another 36 games span in the current season where the away teams have been overperforming? Most probably yes. The difference is that if you can find a span like that, you can always say it’s because of the randomness in the results. But in this case, we have a factor, the missing crowd that also can affect the numbers.

The Bundesliga 2 has been restarted at the same time as the 1, so they’ve also played 4 rounds. Unfortunately, Dynamo Dresden had to postpone a few games because they had a few infected players – as a result, we have a little bit lower sample size here.

In an average Bundesliga 2 game the home team wins 41% of the time, it ends with a draw 32% of the occasions, and the away team takes 3 points 27% of the occasions. Compared to the Bundesliga 1 numbers we can say it is somewhat more difficult to win an away game here in the 2nd division, but teams are sharing the points more often.

In Bundesliga 2, Pinnacle’s prices were spot on when it comes to home winners. Apparently, there were a lot more draws than expected, and a lot fewer away wins. Of course, we need to mention sample size here, as it is low. On the other hand, it doesn’t mean that the home-field advantage hasn’t decreased, it could be that the home teams were overperforming so far.

What About The Goals?

We think that the majority of football traders think if there are no spectators, we can expect fewer goals. In Bundesliga 1, the goal average was 3.25 prior to the break. After the re-start, it was somewhat lower, 3.19.

When it comes to Bundesliga 2, the difference is more significant. Before the break, we have seen 2.85 goals per match, which decreased to 2.64 in the last 4 rounds.

In general, both leagues are still above the 2.5 line, but we need to keep an eye on this trend too.

So, how can we summarize this? Currently, it is difficult to take a conclusion, mostly because of the small sample size – but there are strong indicators that we can calculate with lower HFA.

There could be a few reasons that explain the difference between Bundesliga 1 and 2 if we believe that the home-field advantage has been decreased. These are the following:

For us, the HFA significance looks like a better reason. The thing is, the average attendance of a Bundesliga 1 match is around 40 000, while it’s only 20 000 in Bundesliga 2. On the other hand, it’s known that the higher % of capacity is used, the better the atmosphere. In this metric, there is a huge difference between the two divisions. According to Transfermarkt, the Bundesliga 1 stadiums ran on 92.2% of their capacity this season, while this number is only 74% in Bundesliga 2. Not to mention that there were almost 3 times more sold-out games in division 1 than division 2.

All in all, if you are a serious trader/bettor, the HFA should be something you are actively monitoring in the upcoming weeks. 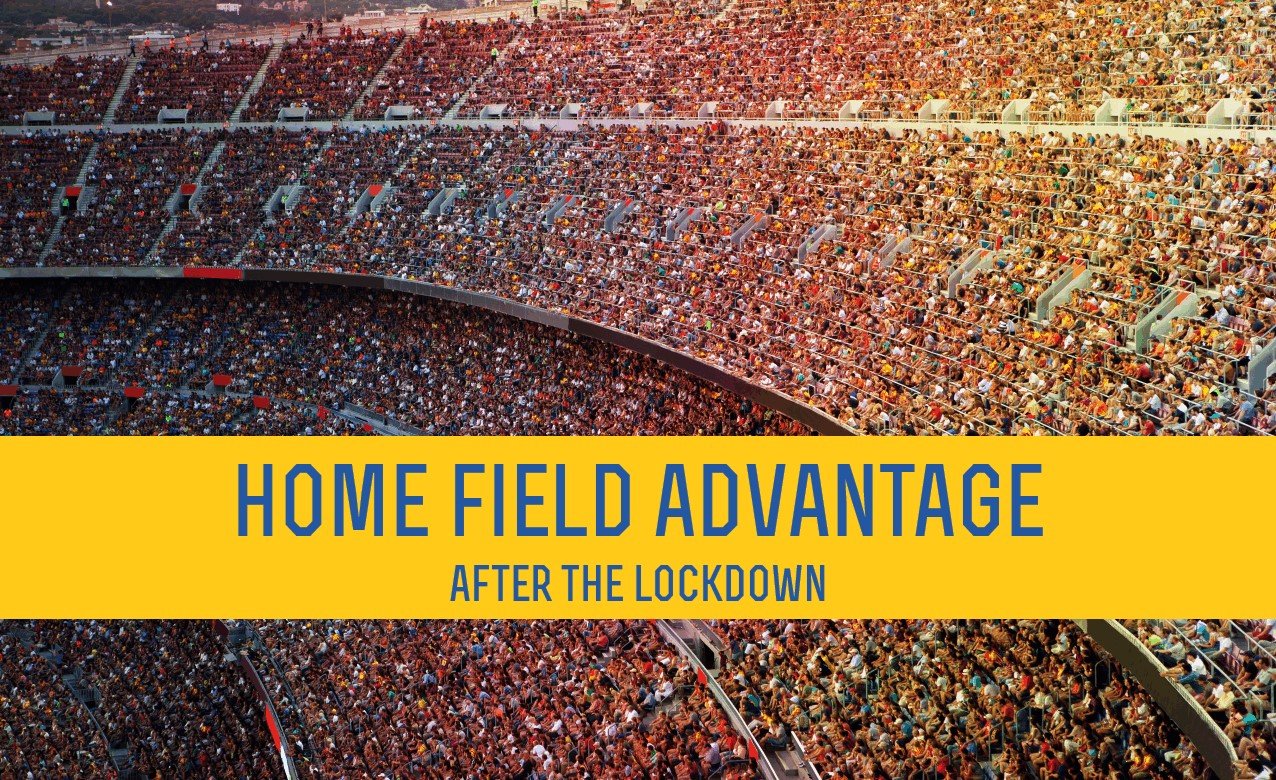