We published this football trading plan one and a half week ago, but the match was postponed. As a result,  Manchester City will host West Ham this evening. City produced a couple of surprising results lately, most probably because of lost motivation, as Liverpool is 25 points ahead at the top of the Premier League. Not to mention that the team is now also banned from Champions League in the next two seasons.

On the other hand, West Ham is fighting against relegation, and last time was able to win on New Years Day, so more than a month ago.

Looking at the prematch stats, nothing really stands out, maybe the lack of goals in the first half from both sides. This is something you might want to attack, but mostly in-play.

This one is quite interesting. As we said earlier, these teams tend to struggle to produce goals in the first half. Looking at the statistics, if it’s 0-0 around the 20th minute, City’s home games produced a goal by half time only in 44% of the time. West Ham’s production is even weaker, with 38%.

Now, Sterling will miss this game, so it is an interesting idea to think about a trade on under 0.5 FHG. At normal bookmakers, the FHG under 0.5 sits somewhere between 5-6, so it is possible that around the 20th-minute mark you’ll still be able to back under around 3.00 or so. Make sure you watch the game, and if you can see this option being backed with the gameplay, then no matter how crazy it sounds, under is a viable option. 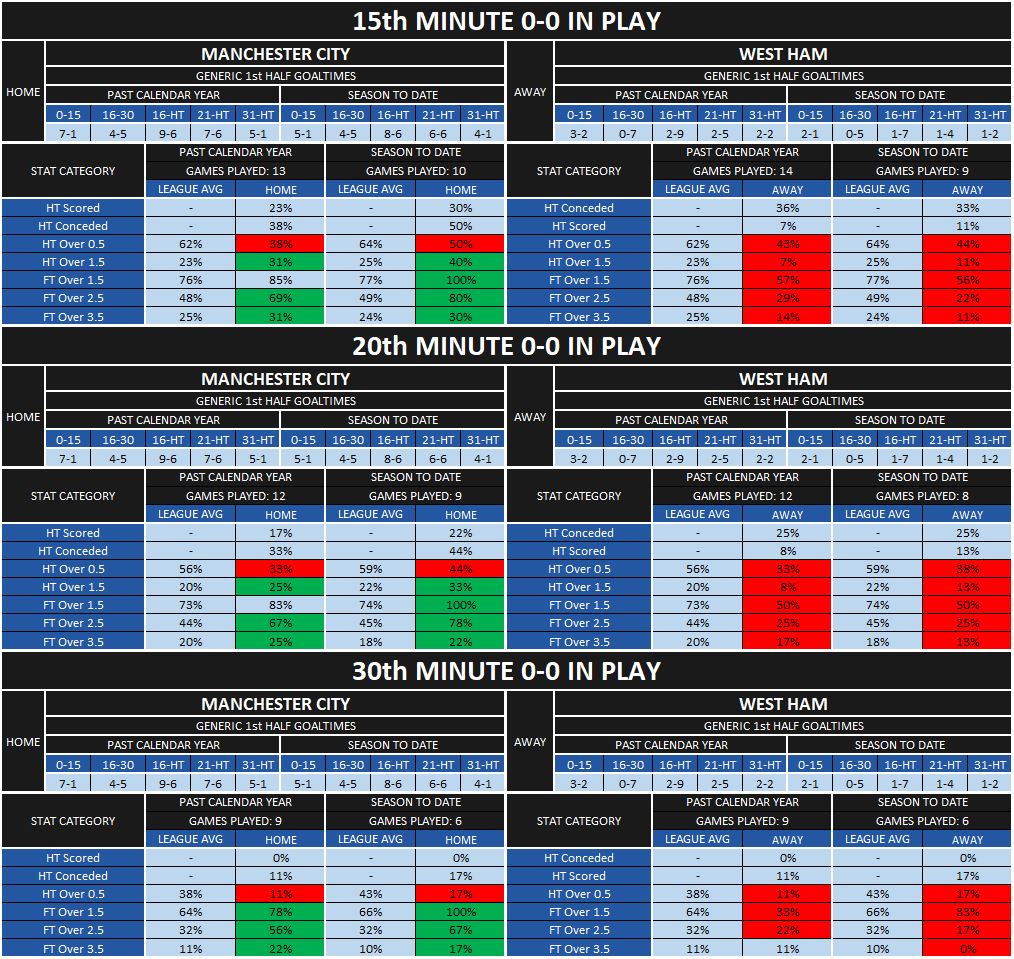 At halftime, we would recommend two options to trade. If City has the lead, you can think about an early goal in the second half, as City had 5 home matches in this situation and 3 of them produced an early goal, by the 60th minute. On the other hand, when West Ham is losing at halftime away from home, there is an early goal 60% of the times. In order to jump on this, City must be dominant. Based on stats, you can expect goals only from them at this point.

The other option is also an early goal in the second half if the score is 0-0. Both teams had 5 games in this situation in this season, 80% and 60% has produced a goal by the 60th minute. 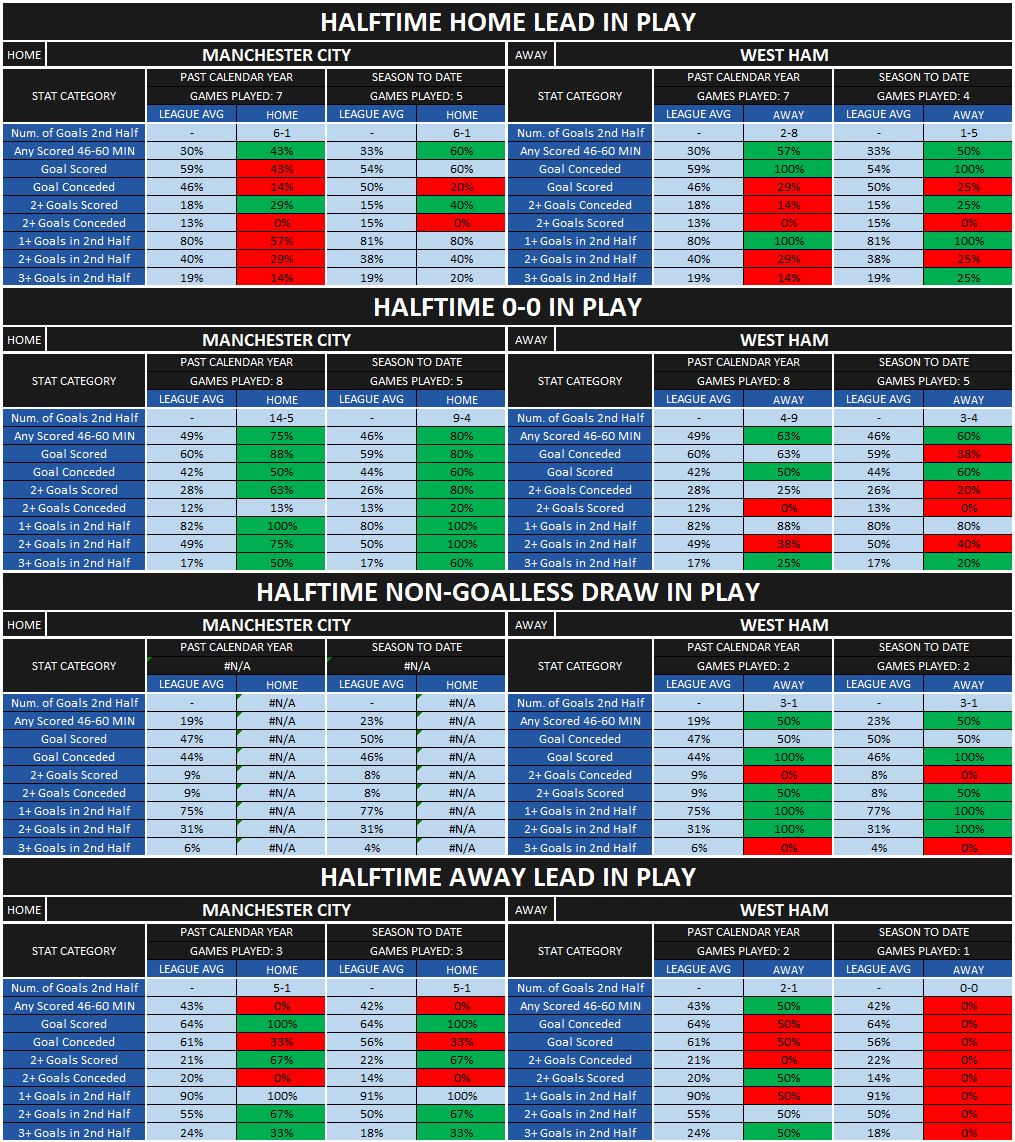 Maybe this sounds weird, but around the 60th minute we would tend to the under again. If City had the lead at home at this point of the match, only 13% of their games ended with over x+1.5. On the other hand, West Ham was losing 6 times away from home in the 60th minute, and only 17% of these matches seen at least another 2 goals. In this case, the ideal scenario would be a low leverage situation, where City leads by at least two goals. 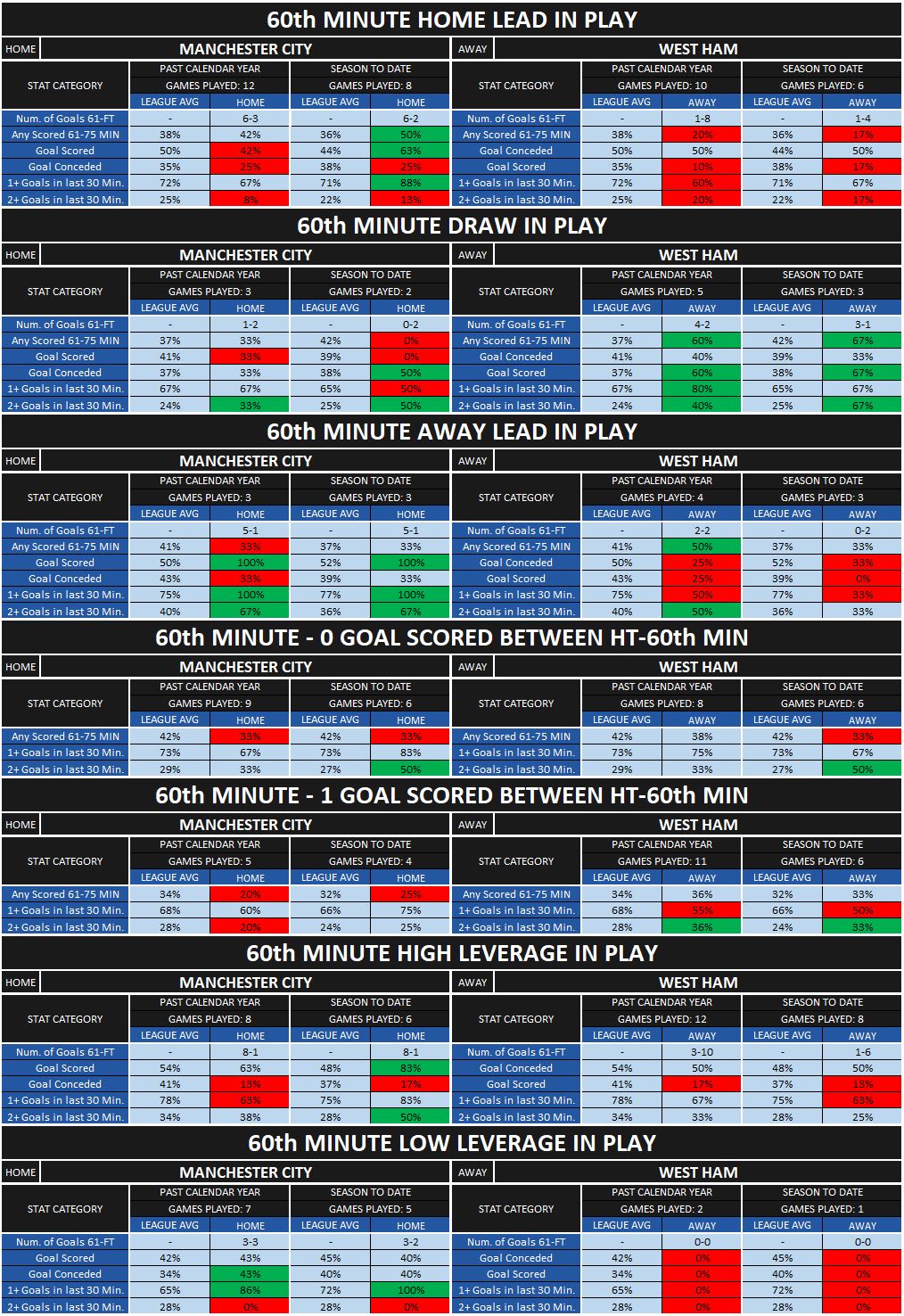 The last 15 minutes of this game is a bit foggy. West Ham is being outscored this season if they are losing, but City’s numbers don’t support this, so we won’t enter the markets this late. 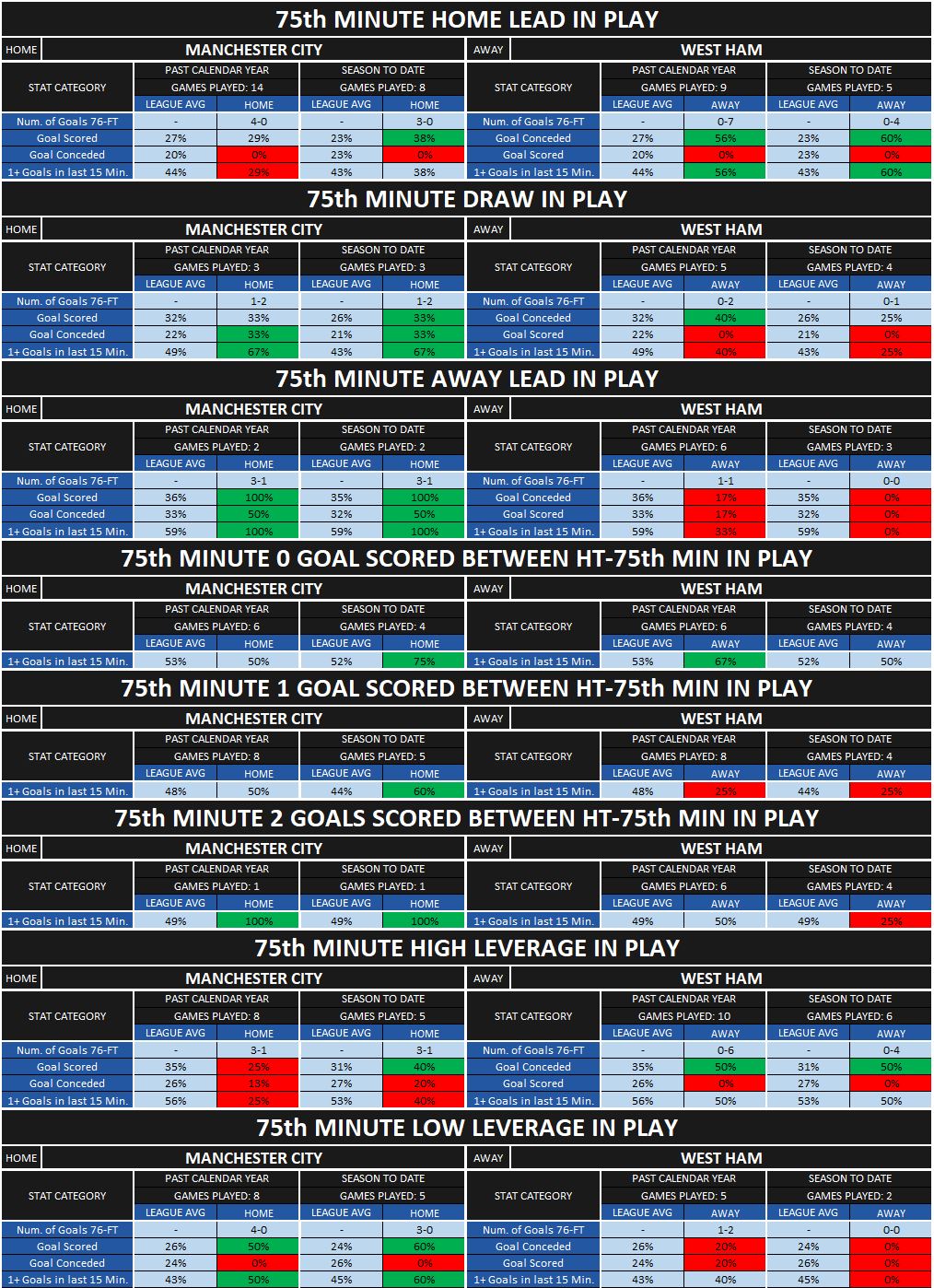 As a summary, it sounds crazy, but we can see ourselves hitting the button on unders in many scenarios. Make sure you watch the game, and if the gameplay support our ideas, don’t be affraid to be contradictional. 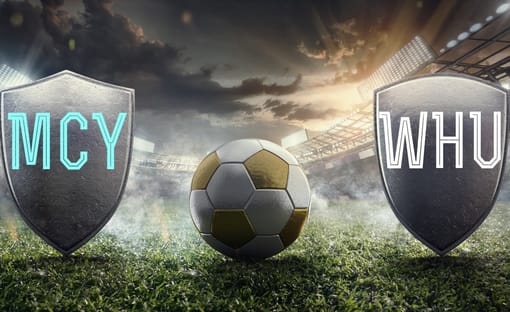