Unfortunately, this weekend pretty much every league is on hold, and it is likely that it stays like this for a while. Thanks to the reduced number of games, this time we analyze a match from Turkey, where Konyaspor host Fenerbahce.

To be fair, both of these teams are out of form, as they are winless since mid-late January. When you check their last 5 meetings against each other, it is clear that you can expect less goals when Konyaspor is playing at home.

Looking at our prematch stats, you can’t expect a goal-heavy match from the home side, while Fenerbahce is pretty much at league average level in all categories.

This time, the first half part of our football trading plan is quite poor. The generic goal statistics shows that the teams can’t produce goals in between the 16th and the 30th minute (0-2 and 0-1 in this season).

Because of this, you can scalp the first half over/under market if there is not too much of action on the pitch. 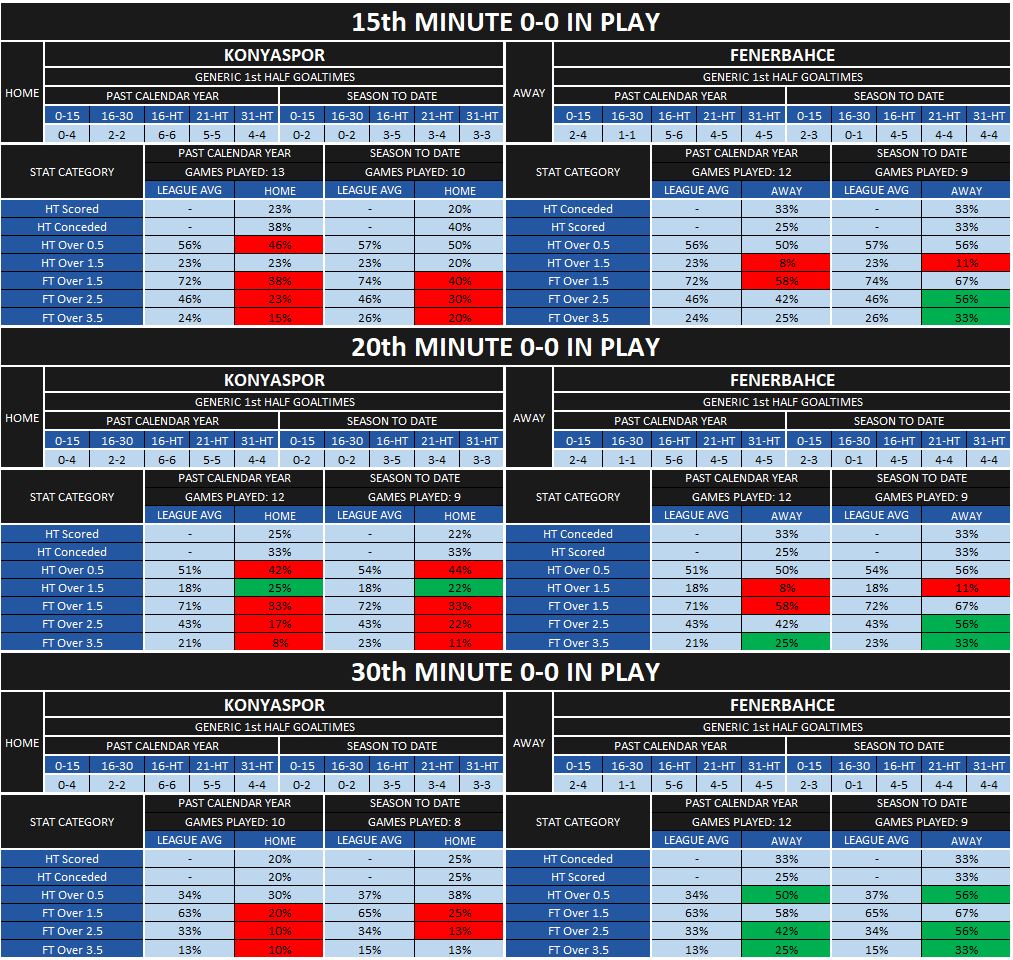 In case the halftime result would be 0-0, you’ll have a good entry point. So far it has happened 5 times to Konyaspor when they have played at home, and these games produced only one goal. On the other hand, Fener had 4 away games like this with 3 goals combined.

Unfortunately, the odds on over/under markets favor the under, so it will be quite difficult to get good odds on under 1.5. If, for some reason you can, this will be a good opportunity. 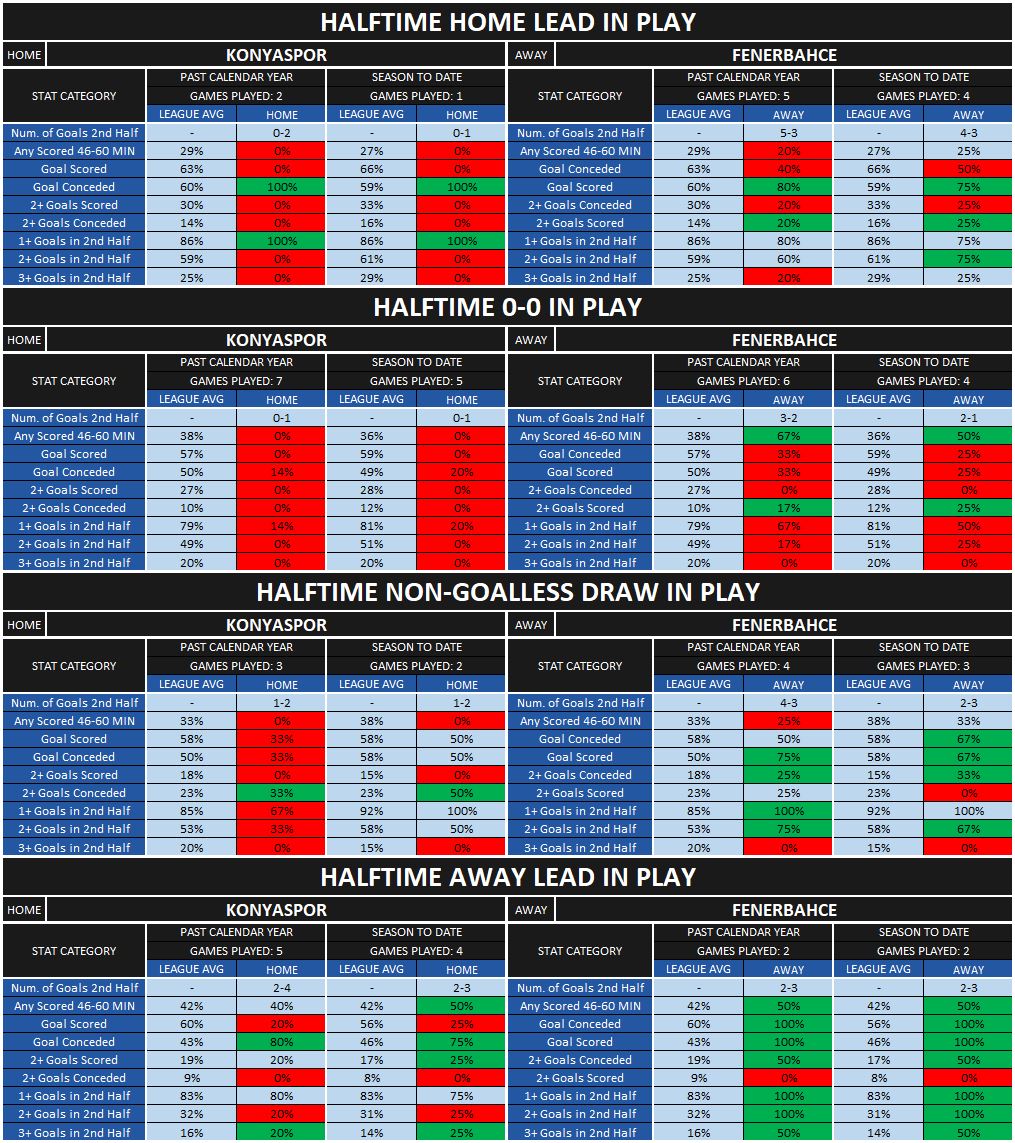 Looking at the stats, the 60th minute mark will be a tricky one. From a sample size point of view, a draw would be the best scenario for us. In this scenario, you can think about scalping the draw or the under, but there is a red flag. Both of these teams are winless for a while, so a draw won’t be enough.

Therefore, if it is a draw, you can think about backing Fener, but only if they can create good chances. The thing is, they rarely concede in this situation (only 1 out of 4 games), while Konyaspor managed to score only twice from 8 games in this scenario. On the other hand, Konyaspor is conceding only sligtly below the league average, while Fener managed to score in 50% of the time. 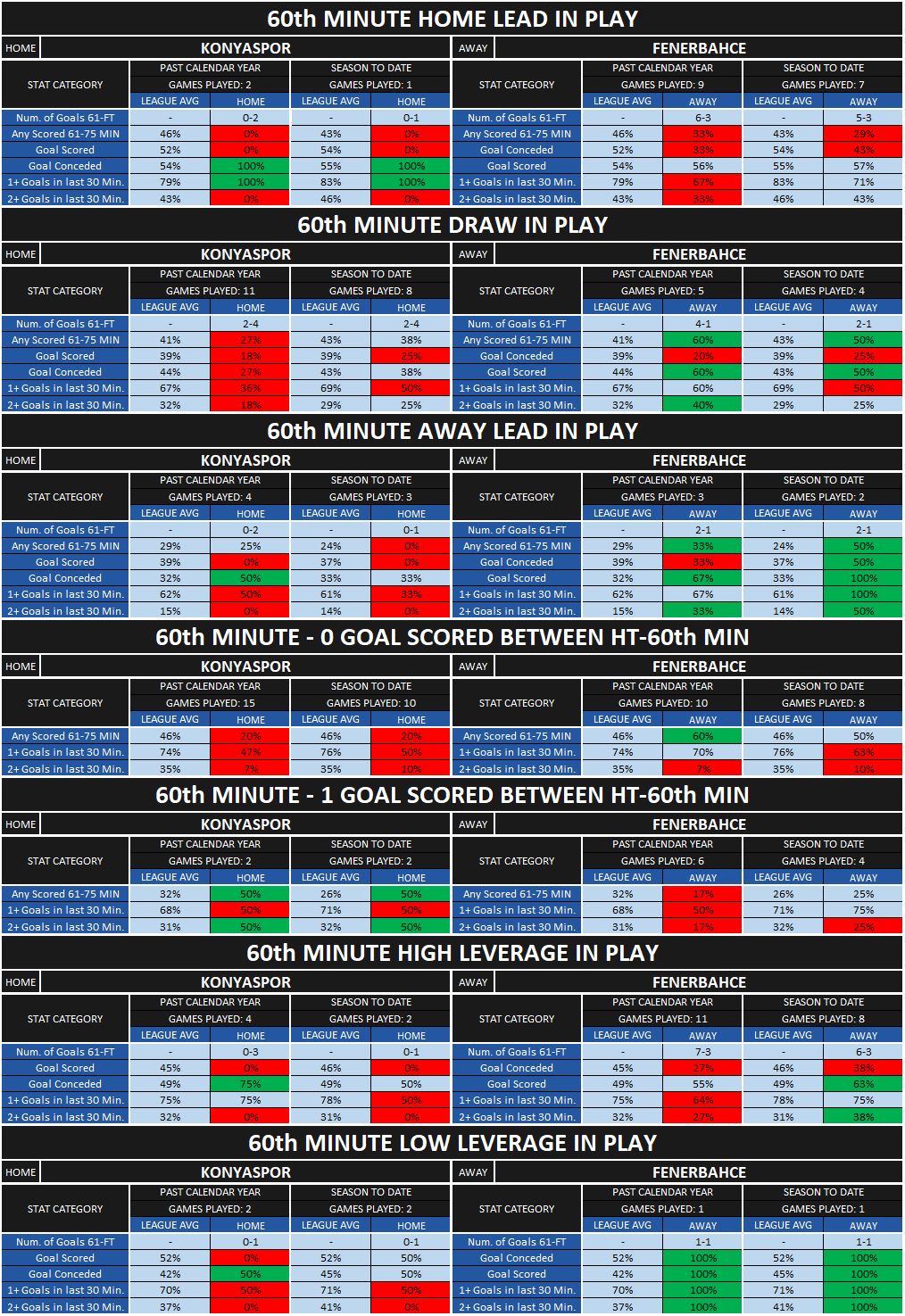 From a football trading perspective, the best case scenario is a home lead at this point of the match. Fener is scoring well above the league average in this situation, while only conceded one goal in 7 games like this. Not to mention that Konyaspor had the lead at this point twice in this season and they conceded at least one goal twice. All in all, in this situation it could be a good idea to lay Konyaspor.

On the other hand, if the game is a draw at this point, the teams can’t produce goals. But again, the red flag is still there, as both teams are really in need of the 3 points. 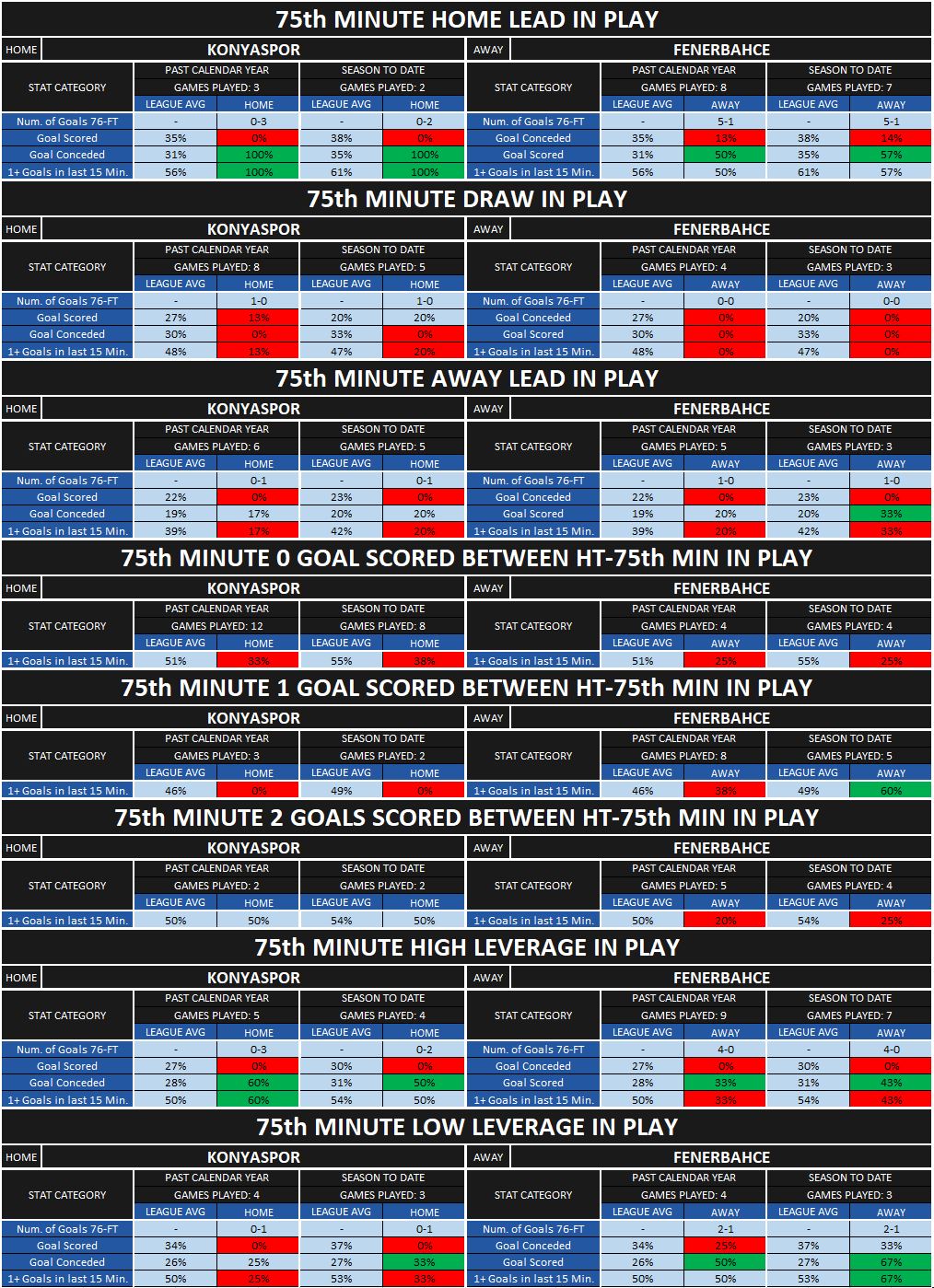 It is quite difficult to summarize this one, but most probably the best options will arrive for the final 15 minutes. Backing Fener at a draw around the 60th minute is also a strong option, but other than that you can only think about scalping at certain points of this one. 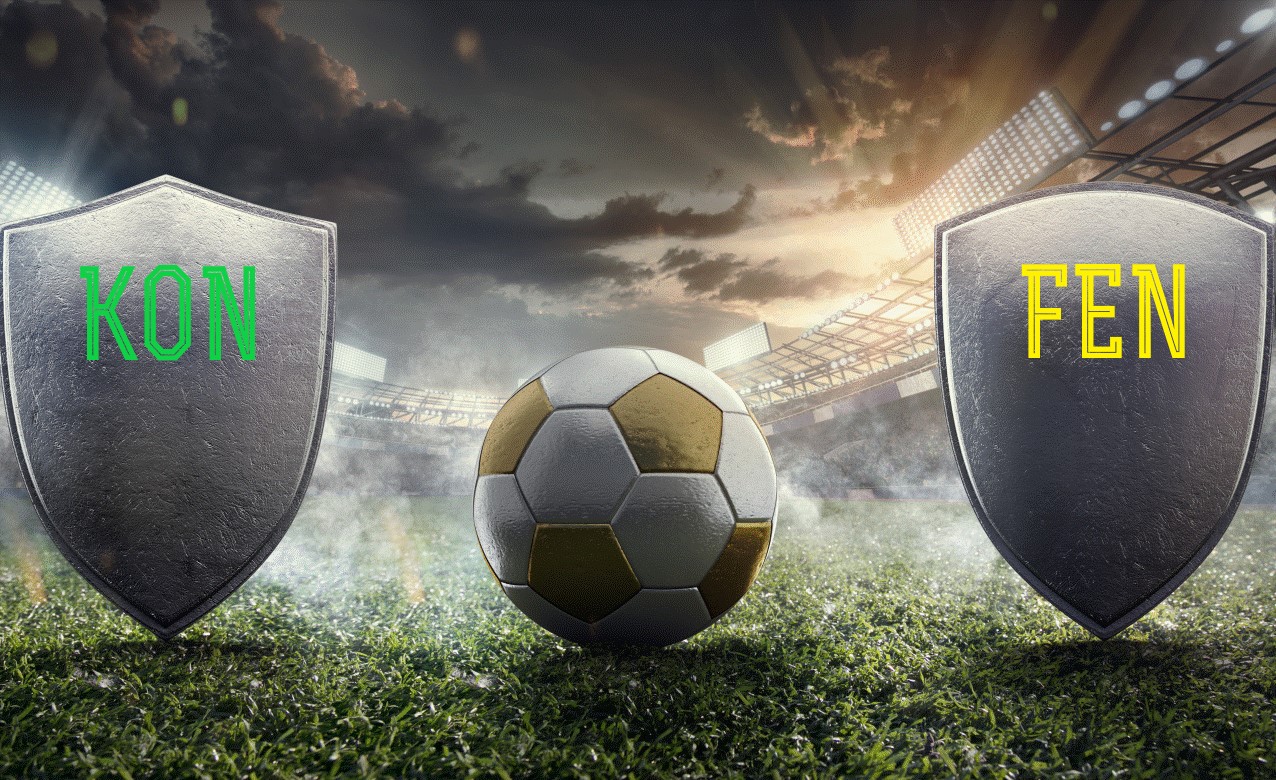