First Half Over 0.5 Goals

These two teams couldn’t win since the re-start of the season, so 3 points are vital for both teams. The ambitions of these two sides are different, as Freiburg is fighting for the 6th, last Europa-League spot, while Frankfurt is only 4 points away from the promotion play-off spot.

The truth is, Frankfurt have lost 5 Bundesliga games in a row, but they had a really rough schedule. They’ve lost to Dortmund, Union Berlin, and Leverkusen before the break, and then to Mönchengladbach and Bayern after the re-start. Although the strength of opponents was enormous, the 18 goals they’ve conceded could have been less.

On the other hand, Freiburg managed to steal a point from Leipzig after the re-start, and then lost to Bremen at home. The only goal they’ve scored in May was a really lucky one, and they couldn’t put too much pressure on vulnerable Bremen either.

Looking at the odds, Frankfurt is the favorite, but it is hard to trust them. Thanks to their defensive form, over 2.5 also sits really low, at around 1.70. Looking at their H2H stats, only one match ended with over 2.5 goals in the last 5 meetings.

In this one, we are looking to go for an over 0.5 first-half goal bet.

Looking at the pre-match stats, the scoring/conceding ability in the first half really stands out. Unfortunately, games of these teams often seen an early goal (only around 50% was 0-0 by the 20th-minute mark).

Of course if the score remains 0-0 by around the 20th minute, you can target the match with a first-half over 0.5 bet. Both teams had 7 games under these circumstances, 71% and 86% have seen at least one goal by halftime. The only red flag is that Frankfurt scored only 29%. If you see that they can put some pressure on Freiburg, and playing well in general, you can definitely jump on this. 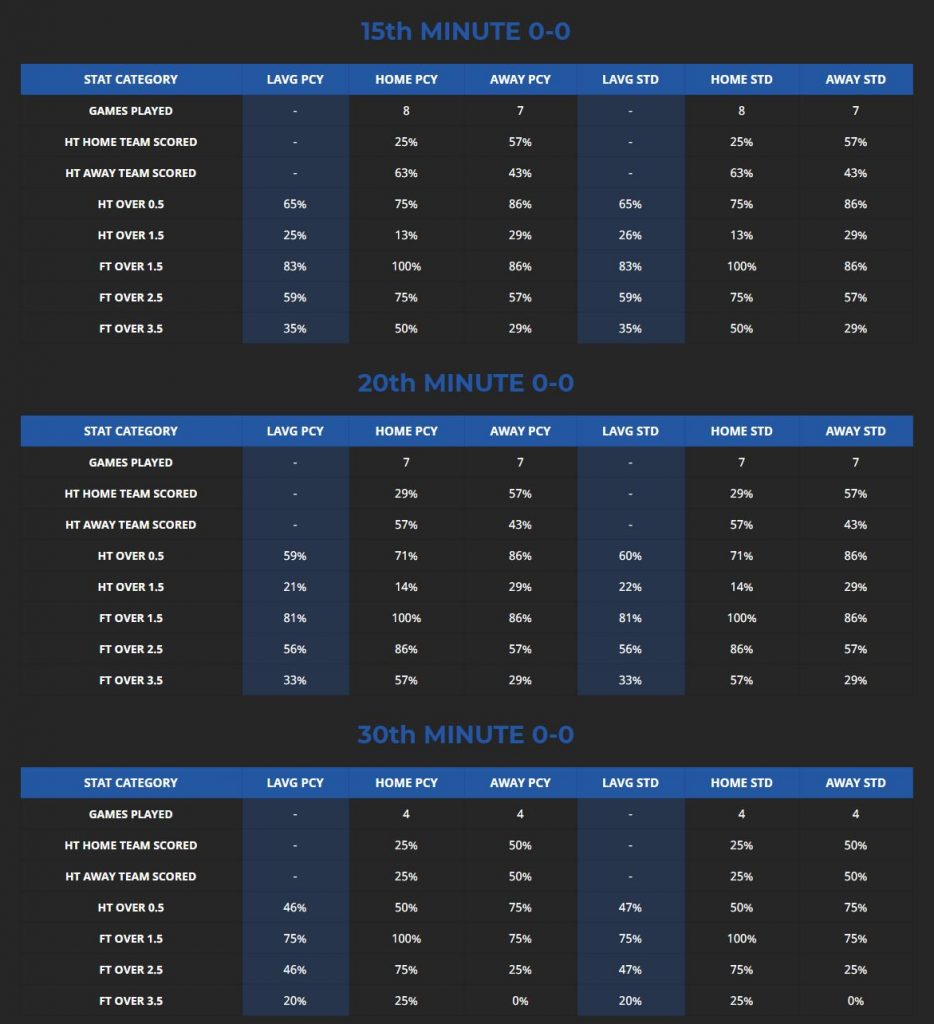 Late Goal, If Freiburg Is Leading

We have mentioned earlier how important this game is for Frankfurt. Now, if they are losing at home in the 75th minute, they tend to score. So far this season, they had 5 games like this, and 80% of the time they’ve managed to score without conceding a single goal. On the other hand, Freiburg also had 5 games under these circumstances away from home, and 80% of those produced at least one more goal by the final whistle. Bonus: they rather concede…

Thanks to this, you have a lot of options. If Freiburg will have the lead at this point, Frankfurt will need to go all-in. Therefore, you can simply go for an over x.5 (if the score is 0-1, go for over 1.5 goals) late in the game. On the top of that, you can also lay the leader, and of course, you can combine these markets too.

The only thing is that the market expects goals from this one, so make sure you wait for the right price if this scenario becomes reality. Also worth noting, that ideally we are looking for a 1 goal difference between the teams.

2+ 2nd Half Goals With Correct Score Insurance, If Regensburg Is Leading

Both teams had two games since the re-start, but they were unable to collect the first win. Regensburg produced a nice come-back and saved a point against Kiel, then earned a 0-0 draw against Sandhausen. Nürnberg was pretty unlucky at the opening, as they’ve been the better side against St. Pauli, but a 2nd half red card resulted in a loss. They’ve hosted Aue in the last round, and finished 1-1.

In this one we are looking for a spot, where Regensburg have the lead at the halftime. They did so 6 times in this season, and 67 of those games produced at least 2 more goals after the break. Nürnberg have smaller sample size, as they were losing at HT only 3 times, but 2 of those matches have seen at least 2 more goals by the final whistle.

What’s even better, Nürnberg always scored in this spot, and Regensburg conceded 67% of the time.

Finally, their H2H clashes produced a few BTTS, the last two ending 1-1 and 2-2.

By knowing this, you can bet on 2 goals in the second half (odds should be around 2.00, maybe somewhat higher). For example: if the score is 1-0, you can take over 2.5 goals. In this one, we strongly suggest taking insurance on the correct score market. As we can expect a goal from Nürnberg, you can bet on a final score which will be a winner if Nürnberg scores. Sticking to the previous example, if the score is 1-0, take 1-1 CS as insurance.

Finally, we have a strong midweek card! Other than these trades, we strongly suggest taking a look at the games from the Czech Republic (both 1st and 2nd division), as there are a few good options there too. 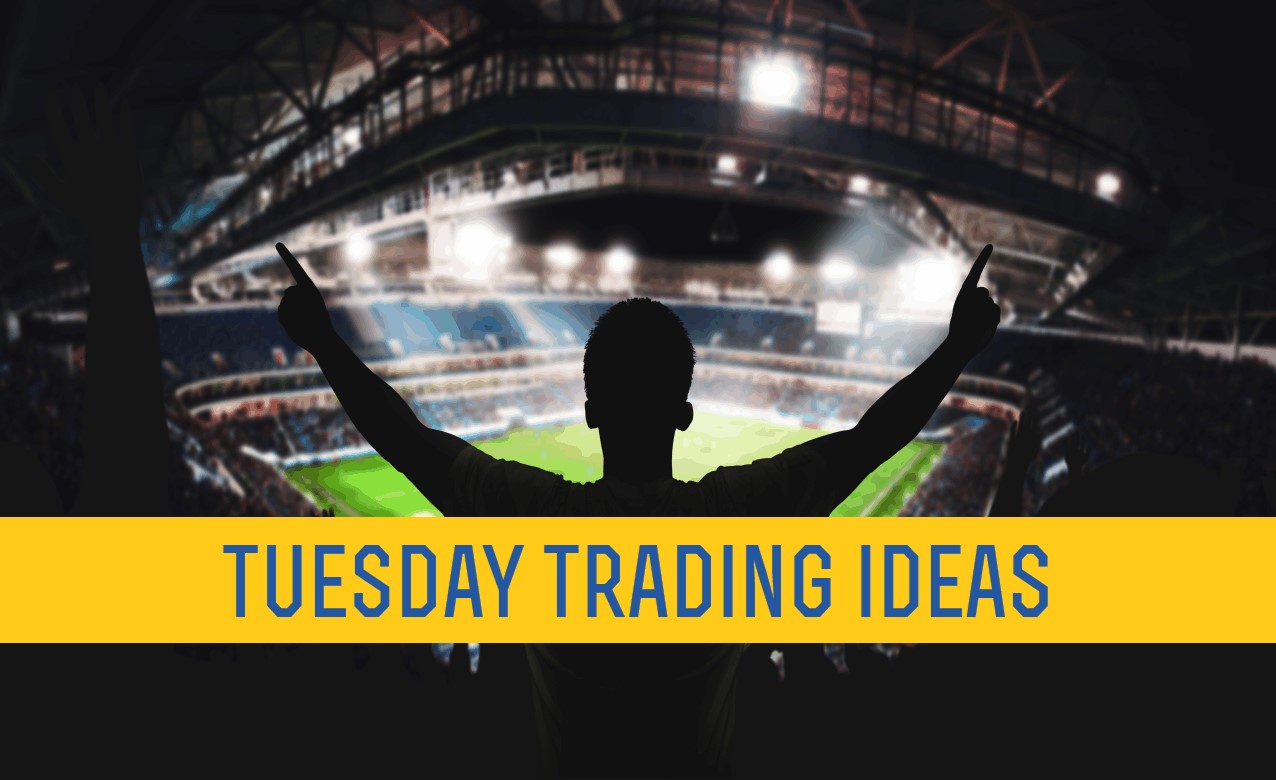